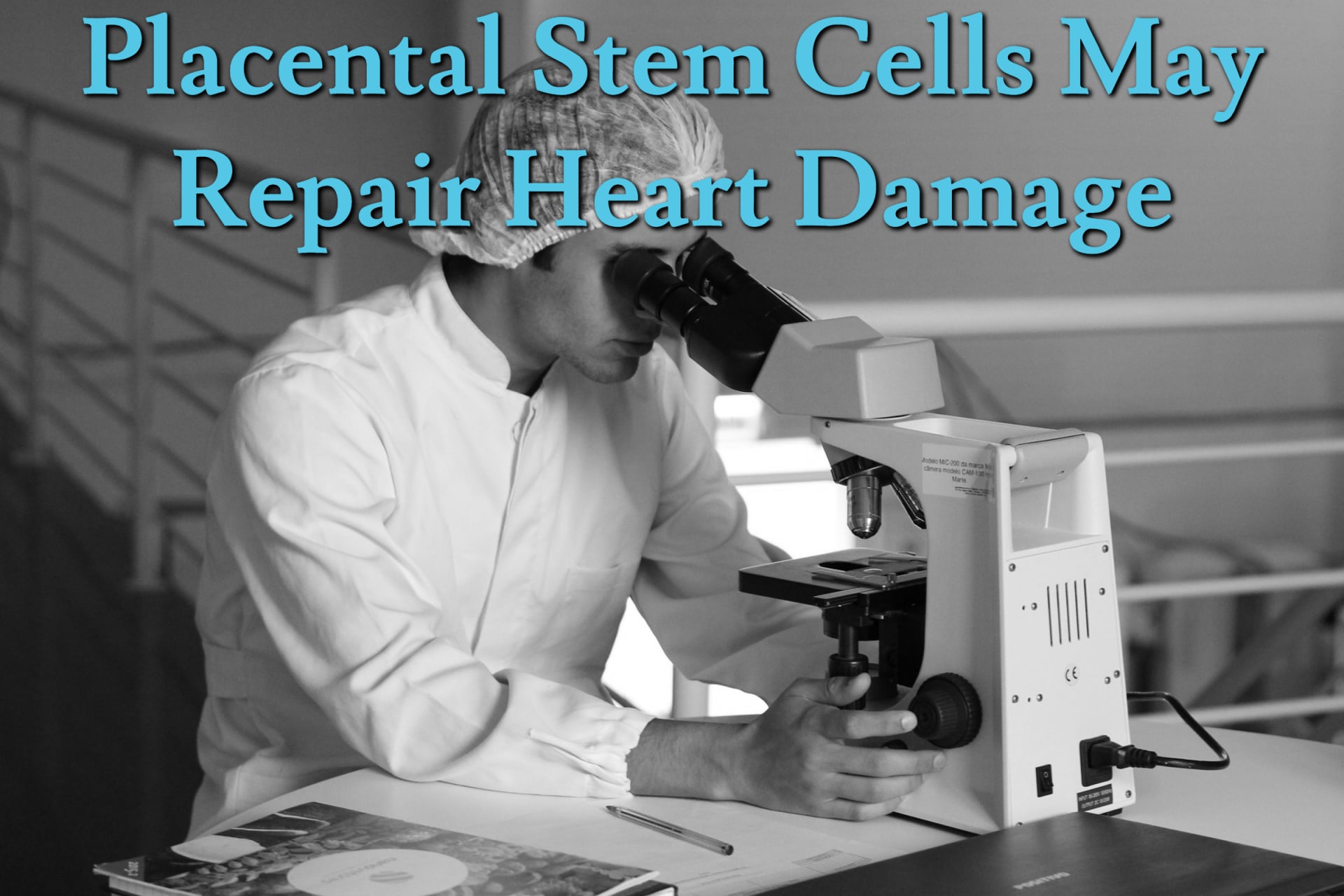 Recent human studies reveal that embryonic stem cells from the placenta can differentiate into various types of cells such as muscle, nerves, and bone. A new study on mice shows potential for those same cells to find damaged tissue in the heart and assist it in the regeneration of tissue. The Icahn School of Medicine at Mount Sinai use placental stem cells known as Cdx2 cells to repair heart attack damage in mice. This revelation is an encouraging development for heart attack and heart failure patients. If human trials are successful, heart damage may be reversable to allow patients to resume their everyday lives.

Permanent Heart Damage May Be Reversable with Placental Stem Cells

Those who have suffered a heart attack know, the after-effects can be crushing. During a heart attack, there’s an obstruction of oxygen-rich blood supply to a section of the heart. When this happens, some of the muscles in the heart die from the damage. The medical community has searched for a way to heal the damage from a heart attack for decades with no real progress, until recently.

The placenta generates Cdx2 cells during the beginning stages of embryonic growth.  These cells had never before been shown to regenerate other kinds of organ tissue. Cdx2 cells appear to act as if they were profoundly charged and can identify injury sites and travel straight there using the circulatory system and can evade rejection by the host immune system.  These findings are an exciting new aspect of stem cells for regenerative therapy. The findings could indicate that stem cells may heal other organs in addition to the heart.

The Importance of Placental Stem Cells

Previous studies at Mount Sinai show heart stimulation in the hearts of pregnant female mice. Researchers believed the heart damage in these mice would have otherwise lead to heart failure. The research revealed that the placental stem cells went directly to the mother’s heart and right to the site of the heart damage. Astoundingly, the stem cells then differentiated into beating heart cells to speed the repair process. The new study’s goal was to find out which type of stem cells caused heart cells to regenerate. The research began with a look at Cdx2 cells, the most plentiful stem cell type in the previously identified mixed population. These cells constitute the most significant percentage (40 percent) of those aiding the heart from the placenta.

Using MRIs, the researchers were able to analyze the mice shortly after the heart attacks. They were also analyzed again at the three month mark. The researchers found that each mouse receiving Cdx2 stem cell treatments had significant improvement and regeneration of normal tissue in the heart. After three months, the stem cells had migrated straight to the heart injury and produced new blood vessels and new cardiomyocytes (beating heart muscle cells). Mice not injected with Cdx2 placenta cells suffered heart failure, and their hearts showed no sign of regeneration.

The study marked two other properties of the Cdx2 cells. They have all the proteins of embryonic stem cells, known not only to produce all organs of the body, but additional proteins as well. These additional proteins give them the ability to move directly to the site of the injury. This is a task embryonic stem cells cannot perform. They also seem to bypass the host’s immune response. The immune system did not reject these cells when transferred from the placenta to another animal.

The properties were essential to the institution of a human stem cell treatment strategy, which has already begun. It could grow to be a promising therapy for humans. Researchers have confined Cdx2 cells from term human placentas. This could mean that a superior human stem cell treatment for the heart could be devised over past therapies. Former treatment methods were not based on stem cell types that were proven to form heart cells, and the application of embryonic stem cells for that goal brought up both ethics and achievability concerns. Across the globe, placentas are thrown out as a matter of policy and therefore present an almost infinite source.

If you want to know more about stem cells and how they help heal, contact Integrated Pain Relief at 940-566-3599. One of our compassionate and knowledgeable staff will discuss how we can help you.

This website uses cookies to improve your experience. We'll assume you're OK with this, but you can opt-out if you wish.Accept